This year, we celebrate the 100th anniversary of Clark Memorial Hospital. During my tenure as CEO, I have seen continued growth. This continual expansion is seen throughout the history of the hospital, which stretches back to the last century.

The original hospital, first occupied by the Sisters of Mercy Hospital in 1898, was right on the grounds of Clark Memorial. Plans for establishing a new hospital began in 1919 as detailed meetings between the Young Business Men’s Club of Jeffersonville, physicians, and the trustees of the Red Men.

Clark Memorial opened on June 19, 1922. There were four nurses and the facility had 36 beds, with room for more. The complex, featuring a three-story brick building and frame house, occupied a city block extending from Sparks Avenue to Thirteenth Street and between Illinois and Missouri Avenues.

Today, Clark Memorial Hospital has grown into a 236-bed facility located on a 22-acre campus along with two medical office buildings and an outpatient surgery center. Clark Memorial also owns a Diagnostic Imaging Center in Sellersburg and manages its growing physician offices through the Clark Medical Group, which employees more than 50 providers. Last year, we broke ground on a new off-campus medical center in Jeffersonville which will open in early 2023.

After 100 years, we are one of the largest health care providers in southern Indiana, offering comprehensive, emergent, acute, and elective health care services including behavioral health; cardiology; cancer care; general, orthopedic and thoracic and vascular surgery; imaging and interventional radiology; women’s health and obstetrics. Our support staff consists of well over 1,300 team members.

Every day, we seek new ways to provide you with superior health services and fulfill our mission of Making Communities Healthier®.

As part of our 100th anniversary, we also celebrate a successful collaboration with LifePoint Health and Norton Healthcare which has expanded access to resources when serving our community.

As we look forward to the next 100 years, Clark Memorial will continue to be on the cutting-edge of healthcare while still maintaining our commitment to the people of our community; we are here to serve you, to help you with all your health care needs.

We know that the lives of you and your family depend upon quality service, and we take that responsibility very seriously.

Thank you for allowing us to serve you. 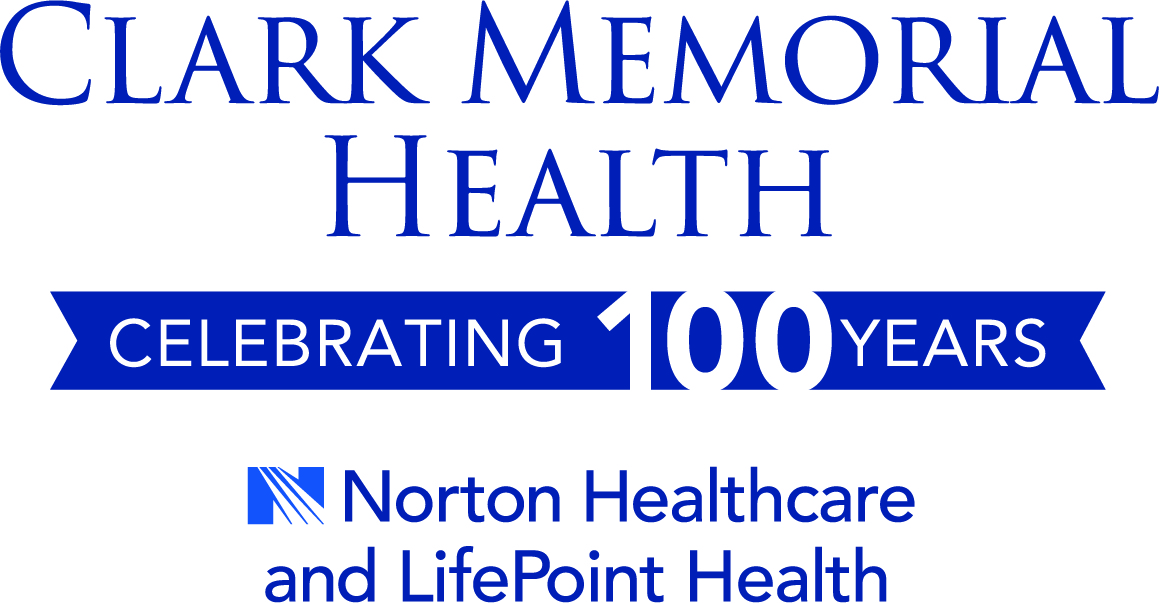